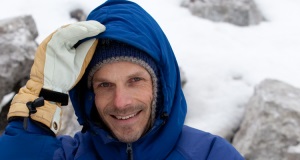 The Greenpeace ship Esperanza and its crew are working with scientists from the German marine research institute IFM-GEOMAR to investigate ocean acidification, by deploying nine large \ »mesocosms\ » in Kongsfjord, near the Arctic scientific research station of Ny-Alesund in Svalbard. The mesocosms are being used to investigate future implications of ocean acidification, a phenomenon caused by carbon dioxide (CO2) emissions that has just as much potential to damage marine ecosystems as climate change. Absorption of excess CO2 pollution by seawater causes its PH level to drop, making it more difficult for creatures integral to the food web to form shells and skeletons.