Ziegler is Associate for Communication with the Smithsonian Tropical Research Institute (STRI) in Panama, where the main focus of his work has been for the last ten years. As an assignment for STRI, he spent 15 months in the field taking the images for a book on the ecology of tropical forests.

A Magic Web, published by Oxford University Press in 2002, was named the best biology book by the American Association of Publishers. He sees himself as a translator, sharing the extraordinary beauty and scientific fascination of tropical ecosystems with the general public and thereby raising awareness for their conservation.

In addition to his editorial work, Ziegler has been working in educational projects with museums and with environmental groups such as Conservation International and the World Wildlife Fund.

He also has worked extensively with the scientific community, mainly by contributing thousands of images to the Smithsonian Institution, but also in collaborations with Princeton University, Max Plank Institute, and others. 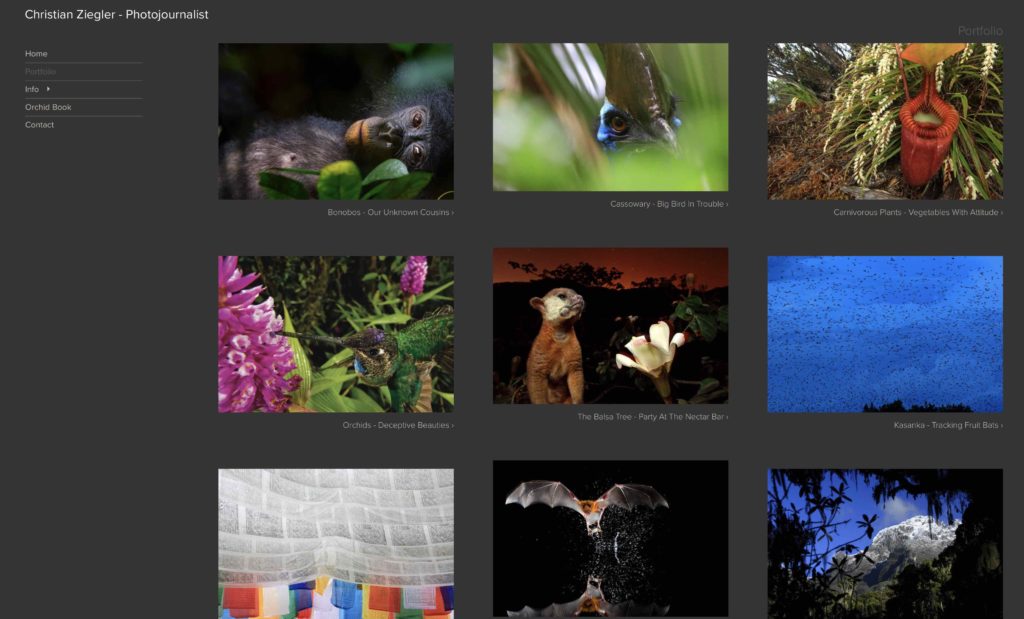 Christians work has been awarded prizes in the Wildlife Photographer of the Year and the European Wildlife Photographer of the Year competitions, and in 2008, he has was honoured with the Vision Award by the North American Nature Photography Association. His photo of a southern cassowary won the nature section of the World Press Award 2013, and his bonobo story was awarded a World Press Award in 2014.