He trained as a marine biologist and retired from science to pursue a life dedicated to environmental photojournalism after realizing that he could have a bigger impact with his photographs than statistics.

Thomas began his career specializing in photographing Africa’s marine and coastal biodiversity and produced three books on the subject: Currents of Contrast, Great White Shark and Wild Seas Secret Shores. He has since then significantly broadened his geographic scope and in 2009 his book Lost World on the marine environment of Aldabra was published. His latest book Sharks and People is set for release in 2012 and chronicles the relationship between people and sharks at more than two dozens locations around the world.

Thomas is a multiple winner in the BBC Wildlife Photographer of the Year Awards and in 2011 he received a World Press Photo Award for his work. 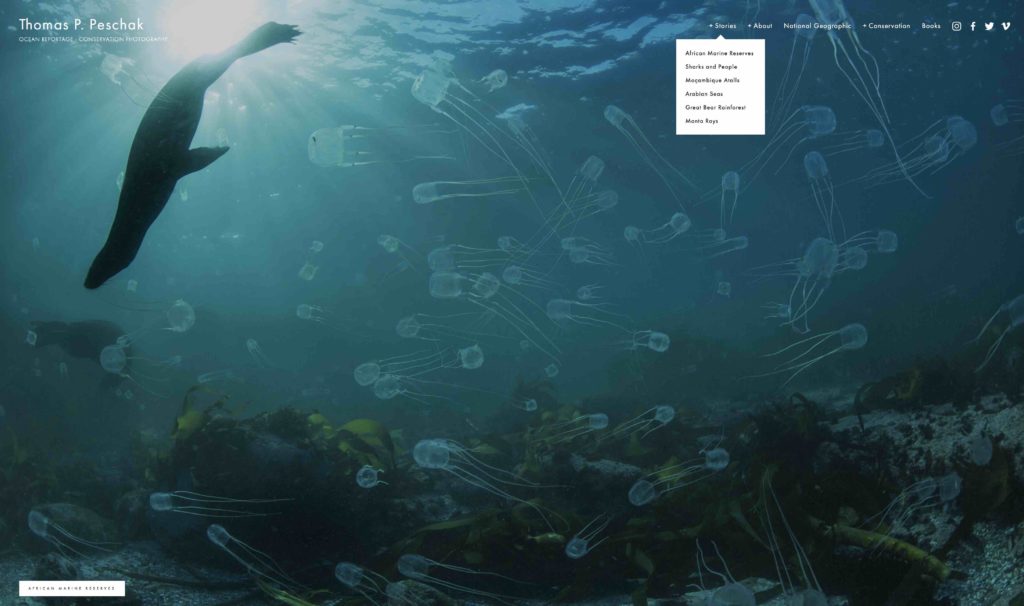 He is a multiple winner in the BBC Wildlife Photographer of the Year Awards and received World Press PhotoAwards for his work in 2011 and 2013.

In 2015, he gave a TED talk, Dive into an ocean photographer’s world, aboard Mission Blue II, hosted by TED Prize winner Sylvia Earle.