Founded in Namibia in 1990, Cheetah Conservation Fund (CCF) is the global leader in research and conservation of cheetahs. CCF is dedicated to saving the cheetah in the wild.

The vast majority of wild cheetahs are outside protected areas, in areas populated by humans. Saving this magnificent animal from extinction requires innovative conservation methods that address the welfare of both cheetah and human populations over large landscapes.

CCF has developed a set of integrated programs that work together to achieve this objective. CCF’s programs have effectively stabilized and even increased the wild cheetah population in Namibia.

CCF’s mission is to be the internationally recognized center of excellence in the conservation of cheetahs and their ecosystems. CCF will work with all stakeholders to develop best practices in research, education, and land use to benefit all species, including people.

CCF is an international non-profit organization headquartered in Namibia, with operations in the United States, Canada, and the United Kingdom, and partner organizations in several other nations. 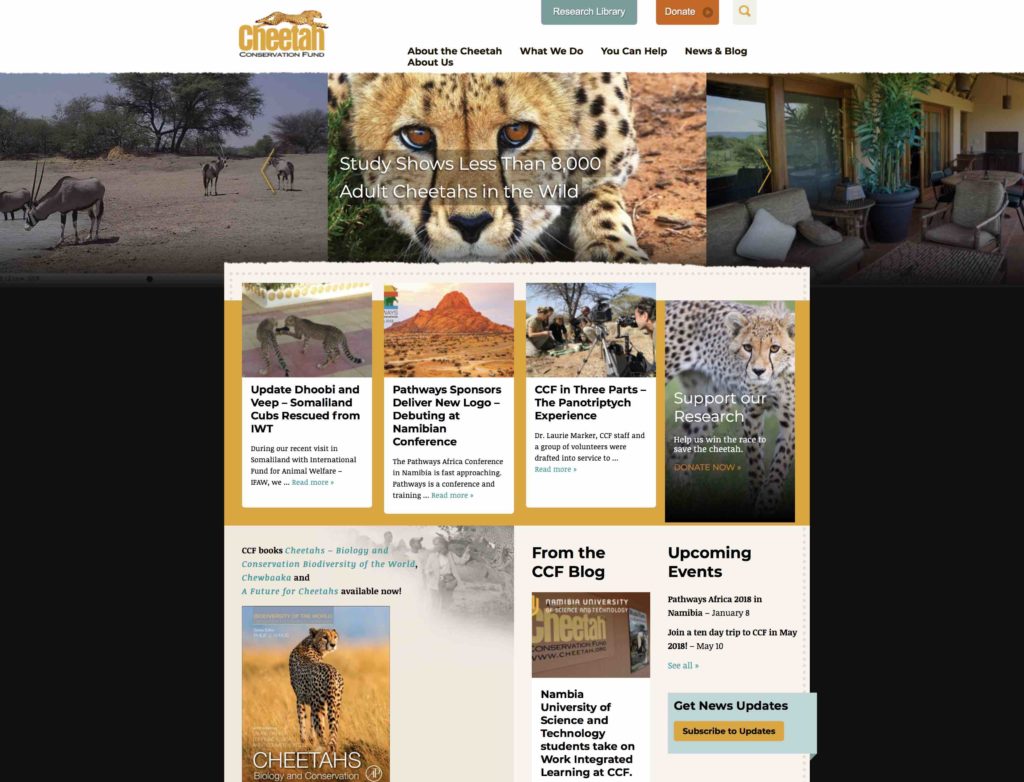